Tour of the Battlefields

Unfortunately the group suffered a few casualties the first of which was veteran campaigner Maurice Lillwall who fell at Utah Beach. Having made his way up the hard sand he attempted to step up a dune that could not hold the weight thrust upon it and the dune gave way resulting in the poor fellow landing on his expansive girth and knocking the wind out of him. Fortunately two spritely young men in the form of Lyndsey Baker and Tony Pownall were quick to spot Maurice going down and hauled him to safety where he was attended to by Anne Reid who used her medical skills to stem the blood flowing from his wounded hand. On regaining his composure Maurice retired to the coach where he changed from his wet and sandy uniform into dryer clothes. He has now fully recovered from the fall but has had a recent incident with a door. 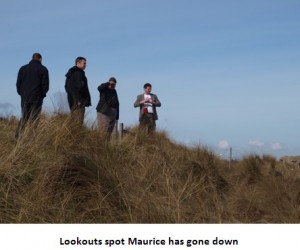 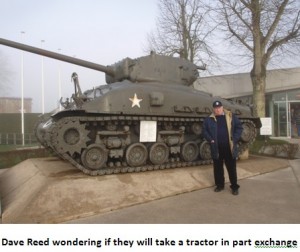 Next to go was our organiser Al Baker. He went down with a crash in Tommy’s café spilling his ration of coffee that may have been fortified by brandy, all over Tony Beech. As luck would have it not a drop of blood was spilt by Al and as Tony Beech had been issued with the appropriate protective clothing in the form of thermal underwear, he was saved from a scalding. Anne breathed a sigh of relief as Al bounced back up and she was stood down. 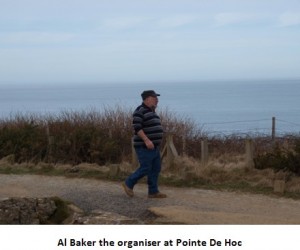 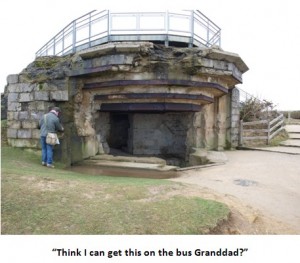 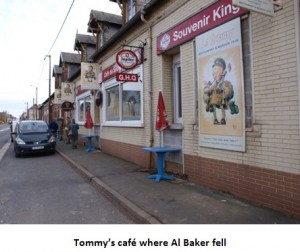 The relief was short lived however when Towser Conroy joined the casualty list. He was injured during transportation when he decided to put his jacket on when the bus was moving. With both arms halfway into the sleeves of his coat he was helpless to save himself when the vehicle braked. The result was that the bridge of Towser’s nose came into sharp contact with the roof rack. This time blood was spilt and the ever alert Anne was once again called upon to administer first aid. Although the initial dressing stopped the bleeding for a time, the wound was reopened every time Towser put his spectacles on. This must have caused him considerable pain as he moaned about everything continuously for several days. It was reported that he even moaned in his sleep. 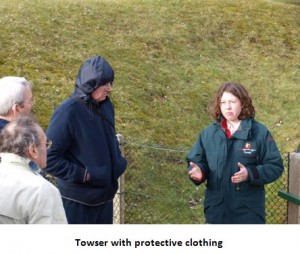 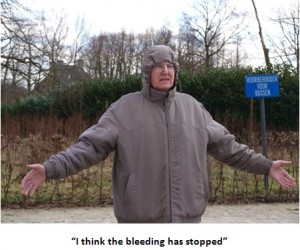 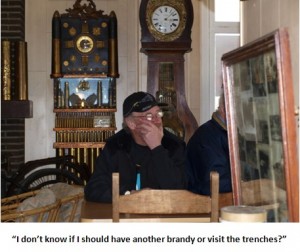 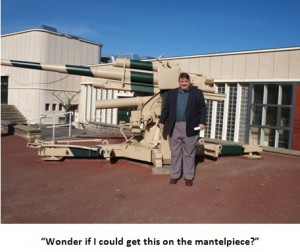 Dave Price collected a few bullets in Ypres but fortunately they had been fired over ninety years ago so no harm was done. The main danger posed was to Dave’s wallet as he wanted to buy every German helmet that he saw but as the cash point was out of order he avoided a raid on his piggy bank. He was not completely out of danger though due to the fine restaurants in the town and managed to sample a few of the local dishes between looking for evidence of bullet holes in the Cloth Hall and pressing his nose up against shop windows that displayed artefacts from the First World War. 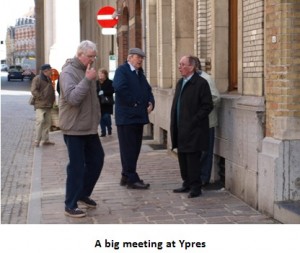 As can be seen from above the tour did not go without incident and a few people deserved commendations for their efforts. Anne Reid should be proud of the way she maintained a calm approach when patching up the casualties of the tour despite extreme pressure on medical supplies. Tony and Lindsey deserve a mention for rescuing Maurice without laughing. Alan Baker must be thanked for organising the tour along with Bill who acted as our guide and Nick the coach driver. Unfortunately there are no campaign medals to be given out but if you need evidence of a few skirmishes they may be seen on the front of Dave Reed’s tunic. These include the demolition of Flanders stew and many other fine dishes. 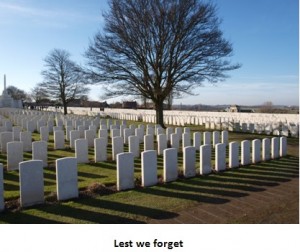 With great thanks to Pete