Newnham St Peter’s Church stands on high ground and from the burial ground there is a particularly good view of the horseshoe bend of the River Severn.

The present church is the third on the site. Newnham had a chapel of ease by 1018 but the church only attained full parochial status in the 14th century, by which time it was in danger of being undermined by the River Severn. It was taken down and rebuilt on a fresh site further away from the river. The new church was dedicated in 1366. After some 19th-century restoration of the church the building was partially destroyed by fire in 1881. Within the year, however, it was rebuilt and re-opened for worship. The partially Norman tower was given new battlements in the 19th century and underwent major renovation early this century. 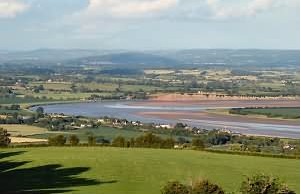 Newnham’s history is closely linked with the river Severn. In Roman times, three important roads (including the major military coast road) converged on Newnham and a ford existed, linking the forest with the Roman road network on the east side of the Severn.

The only known Roman settlement was a villa on the road leading up towards Littledean. It is likely that Newnham was in use as a port by this time and some waterfront facilities existed. By Saxon times, a small hamlet had grown up centred on a manor at Stears (now called Staure’s Farm, to the west of the present village) but it was only after the Norman Conquest that Newnham really established itself, for by the late medieval period it had grown into an important port with trading links to Ireland, London, Bristol and the Midlands. 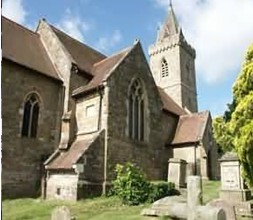 One of the most important historical events at Newnham occurred in 1171 when Henry II sailed from the town with an army to invade Ireland. One account of this event stated that Henry’s invasion force consisted or 400 ships and some 5,000 men which implies that the town was by this time large enough to house, feed and provide the necessary supplies for such a prestigious expedition. After this, Newnham’s importance and trade continued to grow and it reached a peak in the late 18th century, when it had become one of the most important ports in the area, specialising in transshipment of cargo up and down the Severn. By this time it was the chief town in Gloucestershire west of the Severn, and one of the most wealthy, being the focus of coaching routes and roads, but the growth of the railways caused a massive decline in the town’s trade and, after the Gloucester-Sharpness Canal opened in 1827 Newnham’s history as a port came to an end and the town declined rapidly, although its ferry remained in use until after the Second World War. 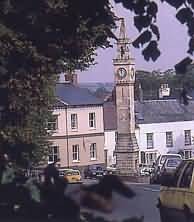 Newnham has many fine large stone buildings, most of which were built with money generated by the town’s maritime trade. These include the 18th-century Victoria Hotel (now closed and in a poor state of repair), the 19th-century Town Hall, the old Bear Inn (now renamed Passage House, it was a coaching inn used by people crossing the river on the ferry) and at the north end of the town, Unlawater House (16th-18th century). Historically, however, the most notable structures are the quay warehouses and Newnham Quay, which were built c.1755 by a local shipping entrepreneur, Robert Pyrke. When completed, the quay was over 150ft long and 20ft high and although buried in the riverbank it is one of the most important surviving maritime structure in Dean.

Little in the way of industry existed at Newnham apart from a tannery, but in the early 17th century, Sir Edward Mansell erected a glass furnace at the northern end of the town which was the first in the country to be fired by coal. This had closed by 1700 and no remains exist today. At one stage it was thought that the blocks of hard, black slag used in the construction of cottages in Church Road and other buildings in the village were products of the furnace. It is now known that these slag blocks (which may also be seen in Swansea, Bristol and all along the River Severn) were transported from copper smelters on the River Wye and elsewhere.

Newnham appears to have been fortified in Norman times to restrain the intrusions of the Welsh. The fortifications to the south probably have Norman roots and the ramparts at the back of the village may date from the time of the Civil War when Newnham was garrisoned for the King by Sir John Wintour.

Both the church and castle were captured from the Royalists by Colonel Massey in 1644. During the commotion, the Royalists exploded a powder keg in the church causing a great deal of damage.

Information about the local History Group